Book Now
and get our best rate!
Reservation 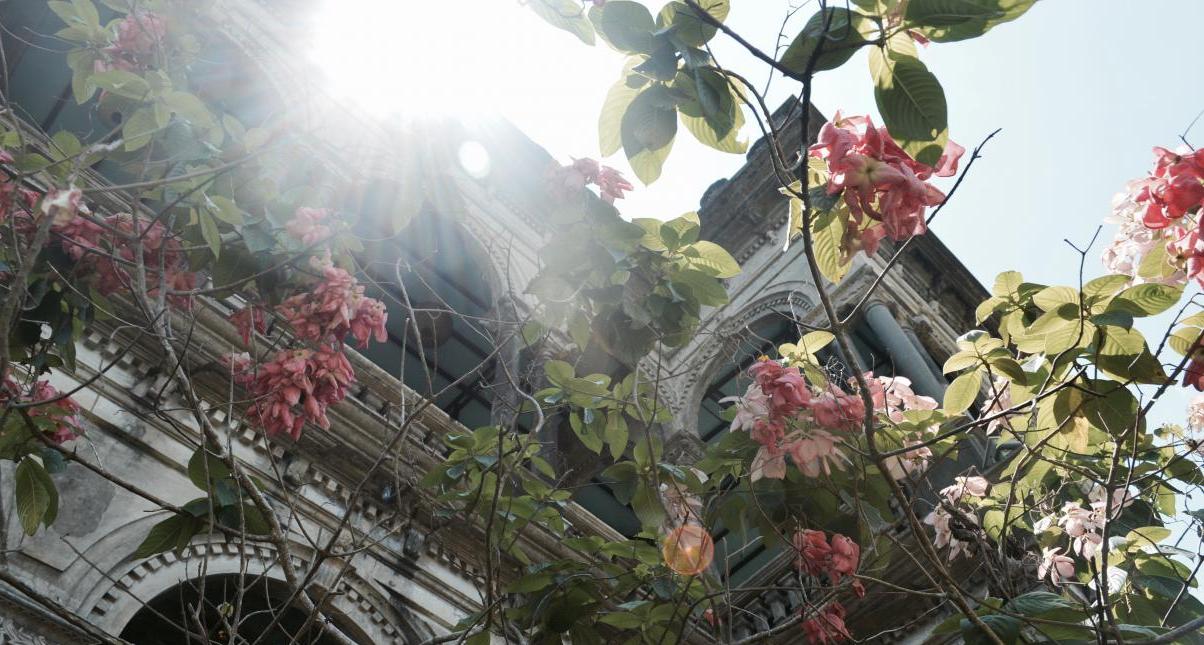 Some of the greatest architectural wonders in the world were made in the name of love. There’s the Kodai-Ji Temple in Japan, the Swallow’s Nest in Crimea, and of course, the ever-famous Taj Mahal in India. In the Philippines, there’s no lack of people honoring past loves, and while tragedy is often the trigger for these grand gestures, what was built in memory of these old romances ensures that the stories will continue to live on.

One such creation is found in the city of Talisay in Negros Occidental. Located at the heart of what was once 440 hectares of sugar plantation, The Ruins is exactly what its name connotes: the ruins of a love affair that was cut a little too short, and a bittersweet reminder of a bygone era.

The story of The Ruins started with Don Mariano Ledesma Lacson in the 1900s. A young bachelor with hectares of land to his name, he had been living the high life with his wealthy friends when the inevitable happened during one of his trips to old Hong Kong. Mariano saw a beautiful Portuguese lady from Macau by the name of Maria Braga and was instantly smitten, so much so that he immediately sought Maria’s father, a captain of his own ship, and asked permission to pursue her.

Maria’s father thought that it was a wonderful idea that was seemingly sealed by fate—“Mariano and Maria” sounded like a good match—and in just a short while, the couple tied the knot and settled down in the young don’s vast sugar property in Talisay.

In the old days, children were considered every parent’s ultimate treasures, which was why Mariano and Maria punctuated their blissful marriage with 10 kids: Victoria, Rafael, Mercedes, Natividad, Sofia, Felipe, Consolacion, Angelina, Ramon, and Eduardo. Their happiness seemed never-ending, especially when it was learned that Maria was carrying their 11th child.

Things, however, took a turn for the worse.

An accidental bathroom slip caused Maria to profusely bleed. Since she was incapable of making the arduous carriage trip to Silay where the near the nearest clinic was, Don Mariano had his horseman fetch the doctor.

It took two days to get to Silay and another two to return to Talisay. The couple endured the long wait, and with every passing hour, Maria grew weaker as she continued to bleed. Sadly, time was not on their side; Maria and her unborn child passed away long before the doctor arrived.

Mariano was distraught, even more so at the thought that the accident could have been preventable, or that she could have survived it if she were treated right away. He was inconsolable, and the only thought that kept him going was that of his children. Willing himself to keep on living, he swore to immortalize his late wife’s memory by building a mansion in her name and for the 10 children she left behind.

The Construction of The Ruins

Working with Maria’s father, Mariano erected a beautiful palace. He sought the help of local engineer Luis Puentavella, who asked his son to oversee the construction, making sure that only A-grade concrete was used for the foundations and the frames.

Inspired by Maria’s ancestral home, the structure echoed European architecture at that time, with seashell patterns that showed the touch of Maria’s ship captain father. As an ode to his forever love, Mariano molded M’s into posts of the mansion, each row reclining and facing each other to symbolize their eternal commitment. Even the memory of Maria’s alabaster skin was reflected on the structure’s finish, a fine mixture of egg whites and concrete, giving it a marble-like feel.

The family left the house where the tragic accident happened, and moved into the mansion where Mariano’s family created new memories. Some children went away while some stayed and never married, but the mansion remained always open for any of them. The following years were kind, but the Second World War came and threatened their newfound happiness.

World War II
Fearing that the mansion would be used as a Japanese stronghold, guerilla forces were forced to burn it down. The enormous fire lit the sky for three days, reducing the hardwood walls and floors to dust. However, the beautiful skeletal frame of the mansion remained and to this day, continues to stand proud and tall.

The majestic remnants of one man’s testament to eternal love is what locals now call “The Ruins.” The site, which sits among well-tended greens and a calm lake, attracts many tourists on a daily basis, and Don Mariano would probably be glad to know that it is now a well-known wedding reception venue, where couples come with their families and friends to celebrate their own love stories.

It’s a must to pass by this heritage site with a rich backstory if you’re taking a tour of Western Visayas. Coming in by plane through the Bacolod-Silay Airport, you can take one of the many available shuttles to Bacolod and ask the driver to drop you off at The Ruins, but if you’re already in Bacolod and have no problems commuting, you can take a jeepney to BATA, get down at Robinson’s Mall, walk to Go Hotels Bacolod, and take a shuttle from there.

Staying at Go Hotels Bacolod is also an option for those who want to explore the surrounding area a little more. Just 30 minutes away from the airport, we have all the necessary amenities for the smart traveler. You can also take advantage of our partner transport service, which will take you to The Ruins for only P50 per person. Talk about a win-win situation!